Fundraising Committee - Can you help?

The fundraising committee needs your help to organise our fundraising activities for the year. In previous years we raised close to $35 000, which was an amazing effort and has enabled us to purchase new laptops, a green screen, sports equipment, a new BBQ, and playground equipment. We do, however, need more people to share the load!

Join with a friend for double the fun - it’s also a great way to meet new people in our school community and make friends!
Our planned fundraising activities for the year are:
• Mother’s Day Stall
• Father’s Day Stall
• Family Night BBQ
• Wine Fundraiser
• Any other ideas??

We hold 2 meetings per term to plan ahead for upcoming fundraising activities. We are all committed to building a sense of community and enjoying ourselves while we support the school. We’d love you to come and join us – please consider joining the committee and/or contributing to the organisation of one of the events.
Please email susan.bowler422@schools.sa.edu.au if you would like to join the committee or put your name down for one of the above events.
We look forward to seeing you!

From the Fundraising Committee 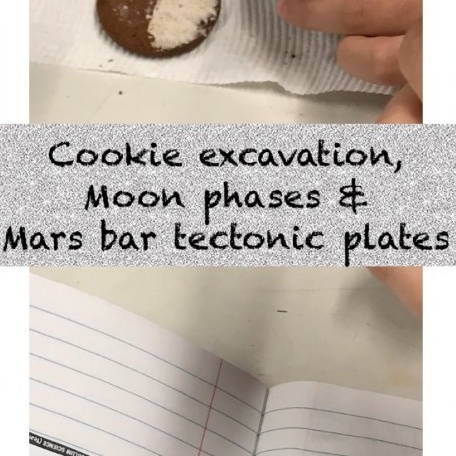 This term we have been having lots of fun learning about Earth & Space Sciences.

We began the year refreshing our scientific thinking with a "what's in the box" challenge. With 6 sealed containers, there was much debate about what could be inside, and exasperation that we didn't find out - in reality, sometimes in science we don't find the answer and what we are left with is a good hypothesis based on the best data collected with scientific equipment and checked with our scientific peers. We considered how old Earth is, and the different eras of life on Earth, including examining trilobite and ammonite fossils, petrified wood, and various rocks and minerals including obsidian and fool's gold.

Year 4 & 4/ 5 students have looked at the rock cycle, and weathering & erosion, including considering how landforms like Uluru, Remarkable Rocks, the Sugarloaf, Granite Island & the 12 Apostles formed and changed over time. We even looked at some pictures of Mars that show geological evidence of past weathering and erosion patterns that mean there must once have been liquid water on Mars! We've also been Palaeontologists for a day and dug for choc chip "fossils" in cookie "rocks", and what makes up soil.

Year 4/5, 5 & 5/6 students have been learning about our Solar System. You might have seen a "pocket solar system" come home or heard the Planets Song (https://www.youtube.com/watch?v=x9UWNBTR6_I). We were amazed to think about all of the empty space in between the planets, especially the gas giants past the Asteroid Belt, and to learn that there are 5 dwarf planets in our solar system and that all 4 gas giants have rings! We watched the Perseverance Mars Rover landing footage from 18 February (https://mars.nasa.gov/mars2020/multimedia/videos/?v=461), learned a little about its mission and checked in from time to time on the images and information being sent back to Earth.

Last week many year 5, 6, & 7 classes dialled in to a video call with NASA Jet Propulsion Laboratory (JPL) Propulsion Engineer Todd Barber (https://solarsystem.nasa.gov/people/302/todd-j-barber/). He spoke about his role on the Mars 2020 Perseverance mission, and in monitoring the Voyager spacecraft. Students were able to ask questions and were interested to find out that NASA & Space X aren't rivals, that Perseverance is collecting rock samples to one day be returned to Earth, and that it has a laser to vaporise rocks and investigate their materials. Todd answered many of our questions, including that the stress of the timelines involved are the worst part of his job.

Year 5/6 & 6 students have been learning about the science and impact of natural disasters, both through geological events and extreme weather - such as volcanoes, earthquakes, tsunami, cyclones, floods, & droughts. We looked at Geoscience Australia's real time data (https://earthquakes.ga.gov.au/) to see the recent NZ earthquakes and discussed why we don't get significant earthquakes in Adelaide but that we can get them, as well as the NSW floods and the Icelandic Volcano that erupted for the first time in 6000 years! We looked at Earth's internal structure and modelled three different movements of tectonic plates during earthquakes using mini-mars bars - the gooey caramel is perfect to model the oozing magma of Earth's mantle.

Year 7 students have been learning about the phenomena on Earth that are caused by it being a planet in space, for example the moon causing tides, eclipses and having phases. We considered different hypotheses for why Earth has seasons and learned that it's nothing to do with distance from the sun but rather that the 23.5-degree tilt of Earth's axis means in summer the energy from the sun is more concentrated on that part of the globe and in winter the energy from the sun is more diffuse. We learnt about solstice and equinox, and modelled the moon phases with Delta Cream cookies.

In Term 2 we will be learning about Physics, including forces and motion, light energy, electricity, and Newton's laws of motion. 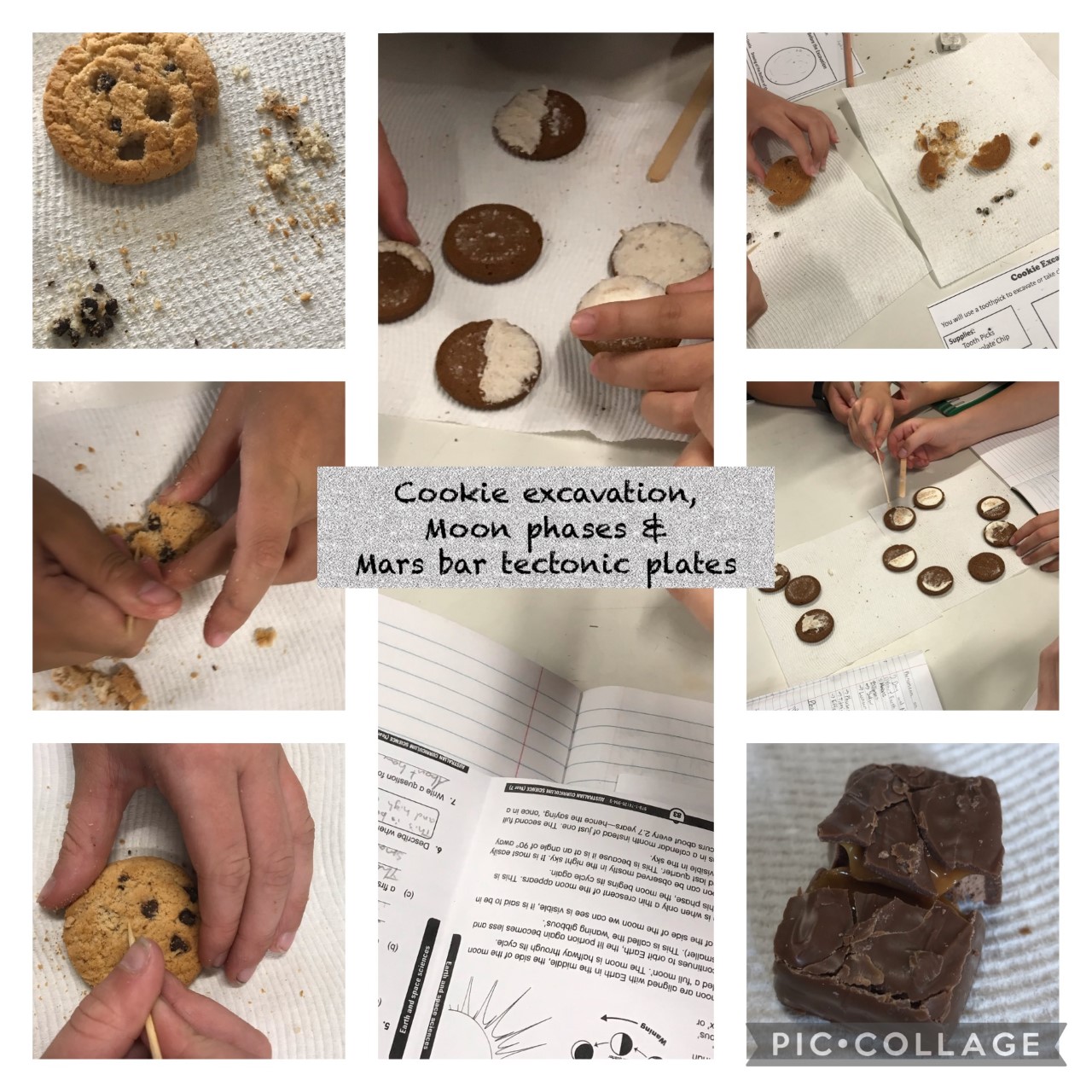 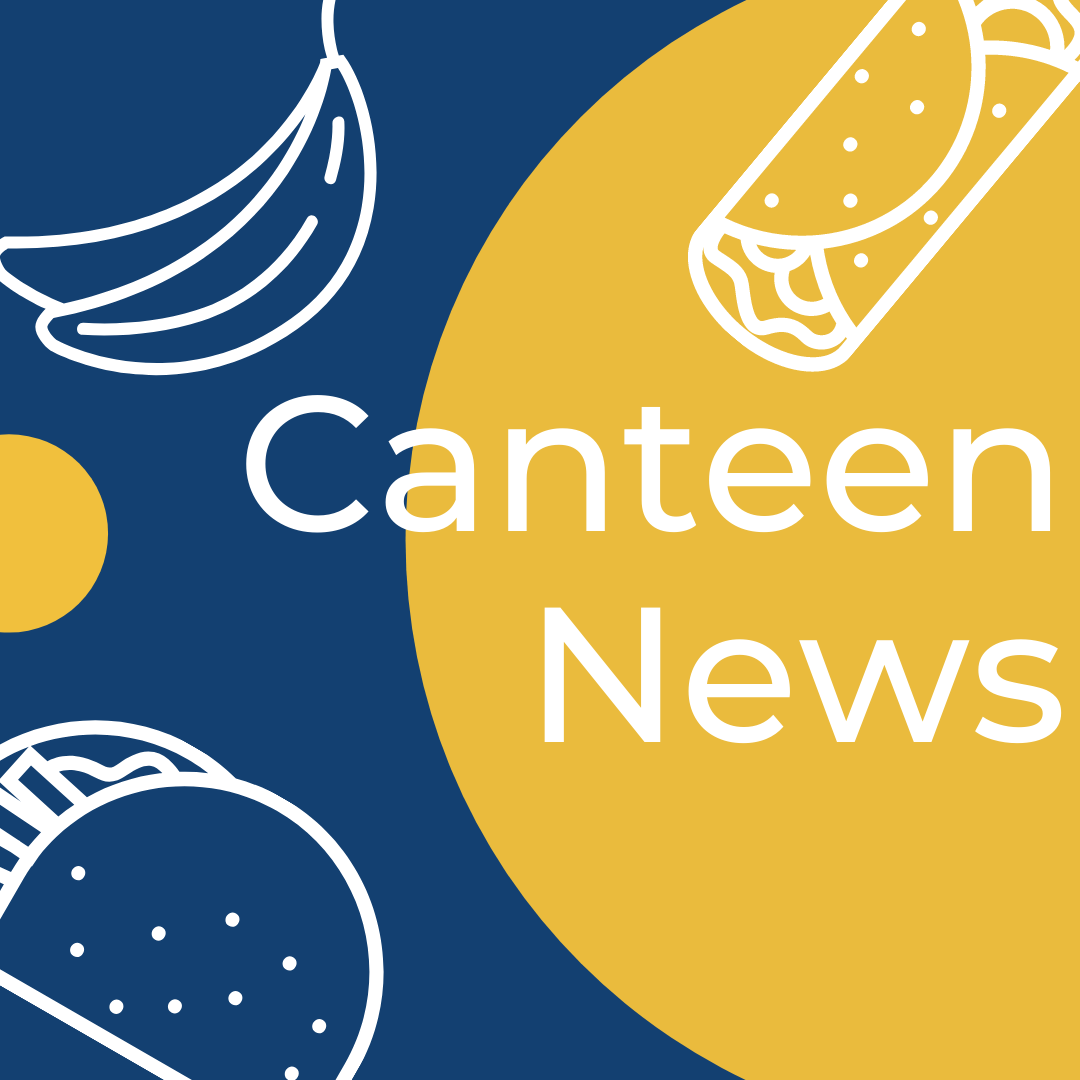 Thank you to all of the wonderful volunteers who have assisted in the canteen this term.

As we have a small number of volunteers, there were a few people that have come in multiple times which has been really appreciated. The canteen is very reliant on volunteers to keep it going so we would love to have more people on our volunteer list. Contact me if you can help out. Please look out for the Showdown donut special in week 2 of term 2. More information will be available at the start of next term.

If your child was given an emergency lunch order this term, please arrange payment of your outstanding account as soon as possible. Thank you. 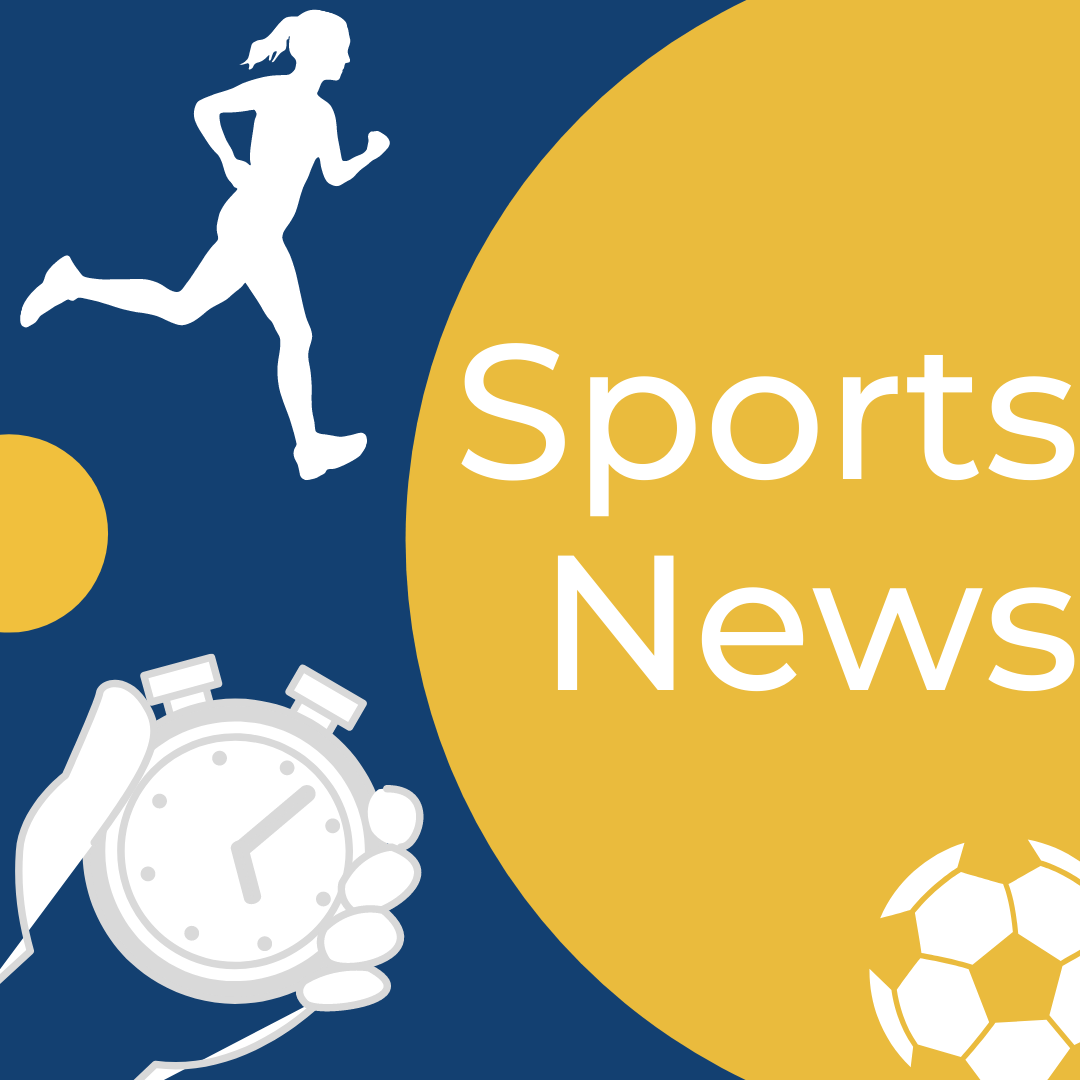 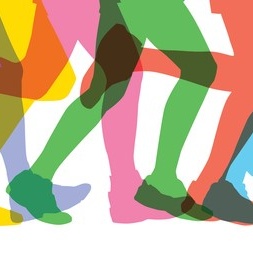 Mitcham Primary School LAP-A-THON 2021 with a Splash of Colour! Thank You

This term our students put in an outstanding effort to raise more than $21, 000 for our Lap-a-thon with a Splash of Colour fundraiser!!! This incredible support and generosity from our school community will enable us to upgrade our Nature Play area, including some outdoor musical instruments.

The class that raised the greatest total was Room 6, reaching a whopping $1615. They will enjoy a pizza and ice block lunch as their reward. 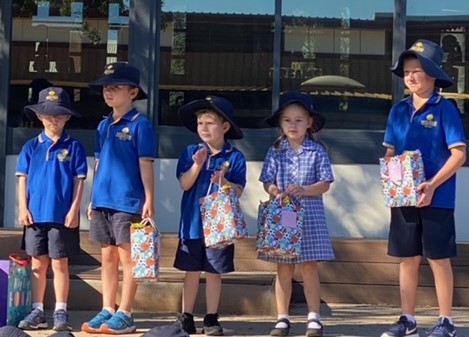 They received movie tickets, popcorn and chocolates at our assembly this week.  Thank you to all those who made donations, big and small. Your support is appreciated. 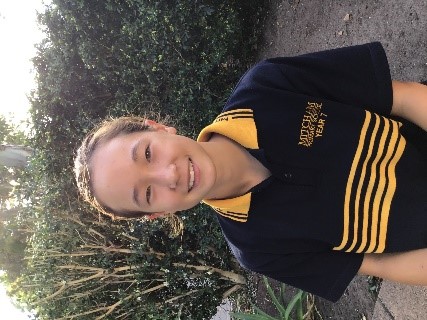 One our Year 7 students, Christina Bennett, has been successful in her SAPSASA tennis tournament recently and is now looking forward to competing in the 12/U Australian Clay Court Championships 2021, to be held in Canberra.

Christina has worked very hard to be able to compete in this and Room 26 and Mitcham Primary School wishes her good luck and all the very best for her upcoming competition. Below is some information on Christina.

I have been playing tennis for over 4 years now, training 2-3 hours every day. I am very fortunate to have my parents support me with some amazing coaches and competing opportunities such as clubs and tournaments. I’m currently a player in the Seacliff Premier League Team, and in the school holidays, I play back-to -back tennis tournaments through tennis SA. I currently have a UTR (Universal Tennis Rating) of 5.

Tennis has helped me not only to become a good player but it has given me an understanding that if you want to be good at something you have to be willing to work hard at it and you must be willing to learn. 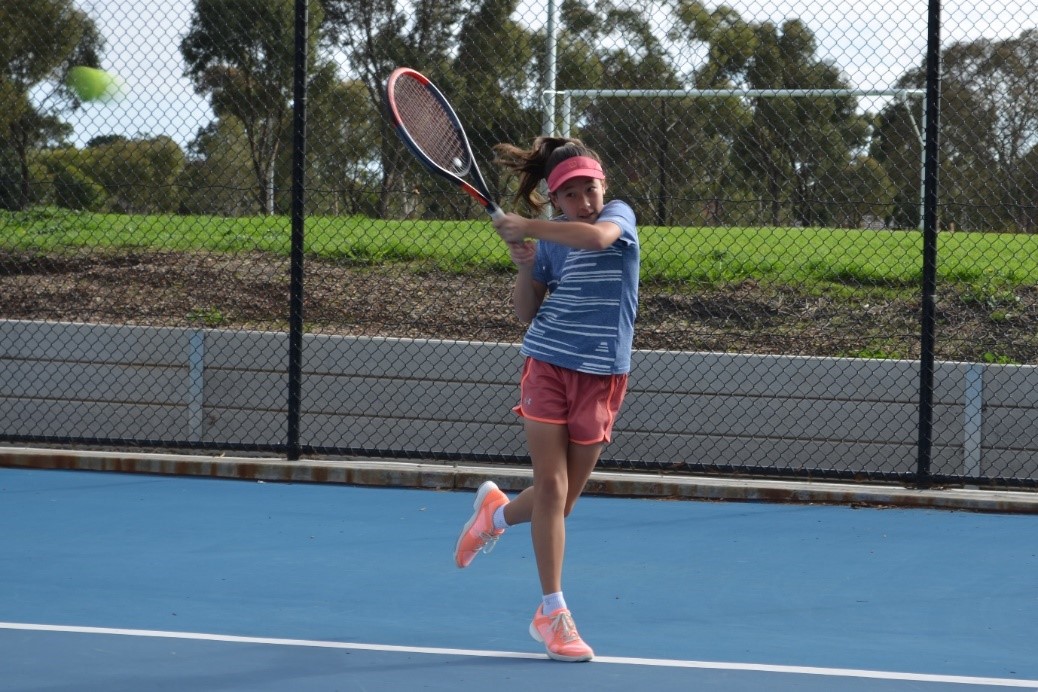 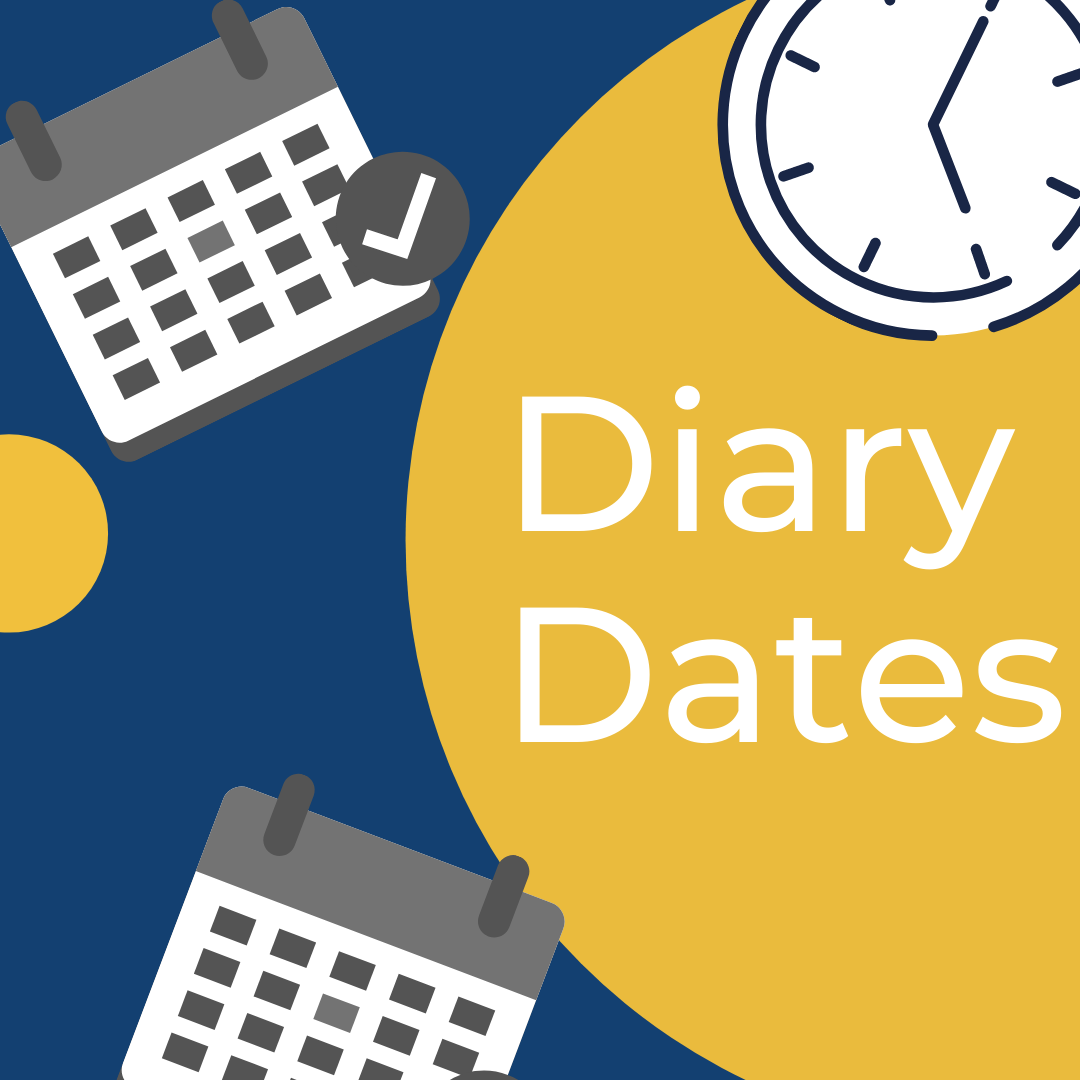 Please find below upcoming important dates and school events to record in your diary. 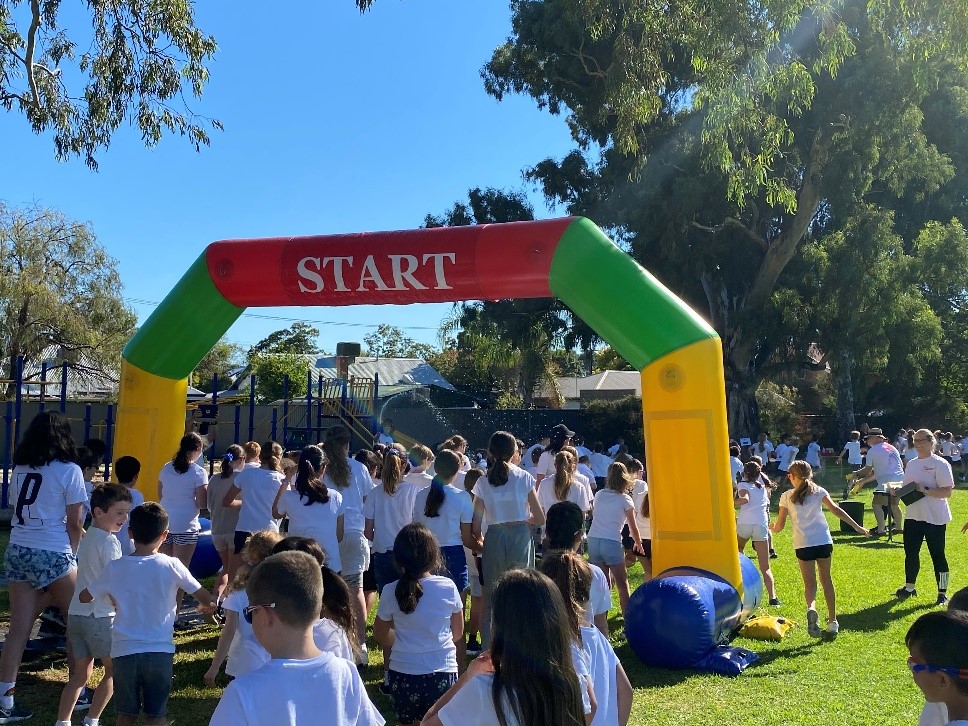 Running around doing laps all day? Boring. How about completing obstacles, soaking wet, and covered in colour? Now that’s what I’m talking about! Welcome to the Lap-a-thon with a Splash of Colour.

The moment you step outside, the bright sun hits your skin and your ears are filled with excited children’s laughter. You see bright colours being sprayed on to the students’ white t-shirts. You can see the enjoyment on everyone’s face, even the parent volunteers. You can feel the enthusiasm running through the air. Today was going to be great…

Thursday night, it was just an oval, but Friday, it had been transformed. All the Mitcham kids were standing at the starting line, with a giant inflatable archway hanging overhead. The first station consisted of parent volunteers and our principal, Mr Greenshields, spraying us with water and colour turning our dull white shirts into a vivid rainbow explosion. Next up was hurdles (mostly tipped over by the end), followed by more colour. After that was the hay bales which was plenty of fun (followed by more colour!). Then we got to run through hanging noodles. Now, this part is probably the highlight for everyone. Super Soaker! After we ran through that, you guessed it…more colour! Then we ran under a big blue tarp (a bit challenging for the tall kids). Then the cycle of fun repeated.

Here are some thoughts and opinions from other students:

“The colour run is an awesome fundraiser!”-Archie. H

“For me, the best part was the water and colour.”-Frankie

“It was an awesome way to fundraise, I couldn’t wait for today.” Campbell. H

Thank you Mrs. Bowler for organising this awesome event. We also thank all the parent volunteers, without you we wouldn’t have had such an amazing day! We're excited that this colourful fundraiser has raised over $13 000 so far!

Written by the Year 6/7 Media Committee 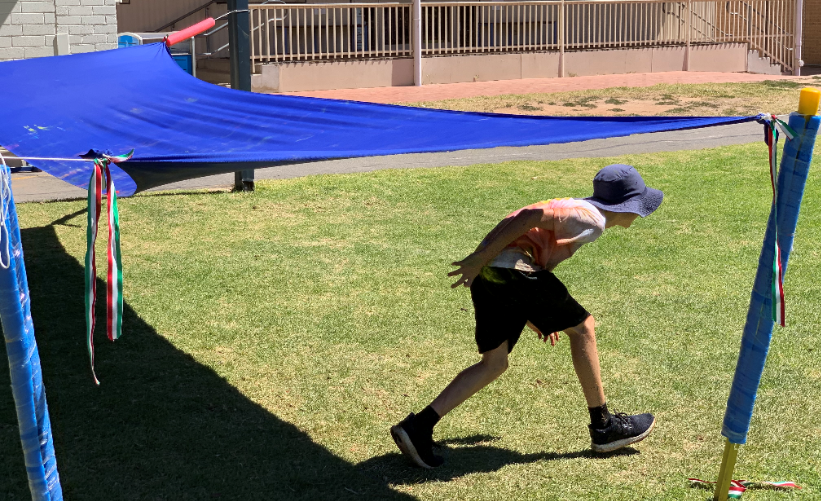 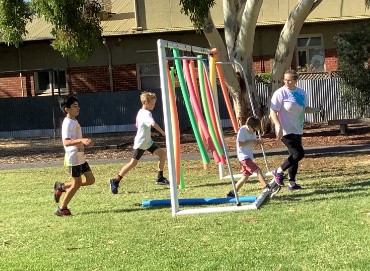 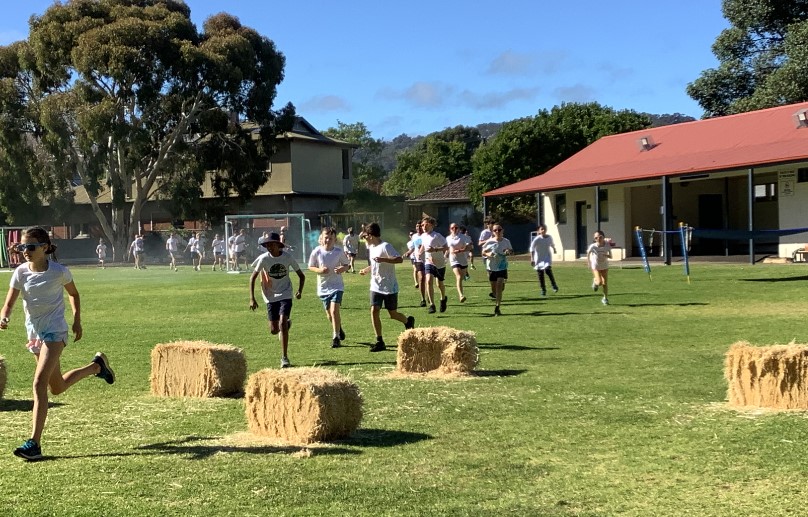 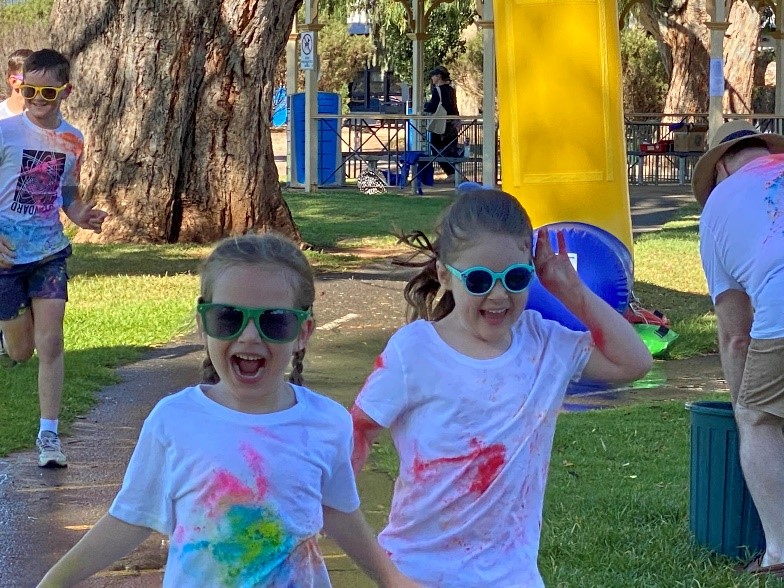 This year we will again be using School Interviews, online booking via www.schoolinterviews.com.au Bookings close on Thursday 18th of March at 4pm.  Notes have been sent home with further information and the booking code d8tnn. You are able to select teachers and times of your choice and will receive a confirmation email with your customised timetable. If you do not have internet access you may call the Front Office and we can book an interview time for you.  We look forward to meeting with you to discuss your child/ren’s progress so far this year. 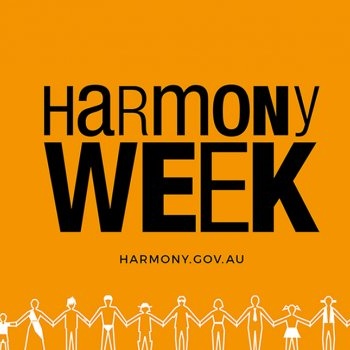 We will celebrate Harmony Day at Mitcham Primary School on Friday 19th March (week 8). Students are encouraged to wear orange or national/cultural dress in celebration of the diversity at our school on that day.

In lieu of a big performance/assembly this year, classrooms will be contributing to communal Harmony Day displays around the school, as well as in classrooms, so keep your eyes open for these at drop-off and pick-up!