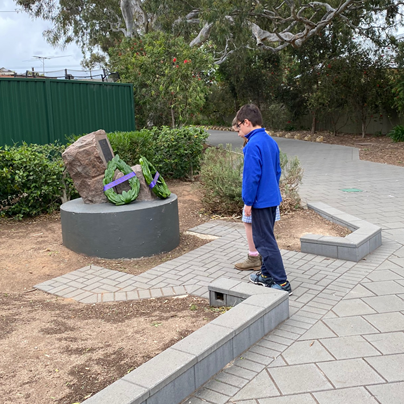 On the 11th of November, Remembrance Day, we once again gathered to remember past students who gave their lives in battle. Our senior students lead an assembly which embodied the spirit of Mitcham Remembers. We welcomed Dr Peter Brune, a former Mitcham Primary teacher and war historian, to help lay wreaths. Dr. Brune initiated the Mitcham remembers program for our year 6 and 7 students. (Excerpts by our Senior school students).

This year our Years 6 and 7 have studied World War II, in which Mitcham Students served in all areas of war – from battling on the front line, to being a driver and delivering supplies. As you walk down Memorial Walk you will notice stone heads each side. Each one represents one of the brave men who went to battle from our school. Women also served in War and had equally important roles.

We came together to commemorate Armistice Day which has become known as Remembrance Day. We honoured all of those Australians who have given their lives for our freedom during two World Wars, Korea, Vietnam and recent Peacekeeping conflicts. Among them, 62 Mitcham students

Although an awful world event, we felt a sense of pride studying World War II, and more specifically, the Mitcham students who were involved. We feel connected to them as we found out what Mitcham School was like back in the day, where they lived around this area, who was in their family and what little old Mitcham Village was like.

The Last Post is a famous musical piece associated with War times. It is played for two reasons. It is played to signify the end of the day’s activities in the Armed Forces, and it is also played at military funerals to signify the sacrifice of a soldier, sailor or airforce person’s passing.

We welcomed Henry, one of our Year 7 students, to sound the Last Post.

The ODE is a poem which written in 1914 during WWI by an English author. It has become tradition to read this at any Remembrance or Commemoration service.

The sun sets and rises each day, and as we awake, we are free Australians. The future is ours, thanks to the sacrifices of those before us – including our old Mitcham students. Go into the day, remembering those who gave everything for us to have the freedoms we have today. Be thankful, grateful and optimistic for the present and the future. Be kind to one another, and the world, so that the atrocities of war and conflict can be kept as history.

A big thank you to Richard Mocke and his children Bailey and Ross who planted the white crosses on behalf of the Mitcham School Community, near the National War Memorial on North Terrace in the lead-up to Remembrance Day. 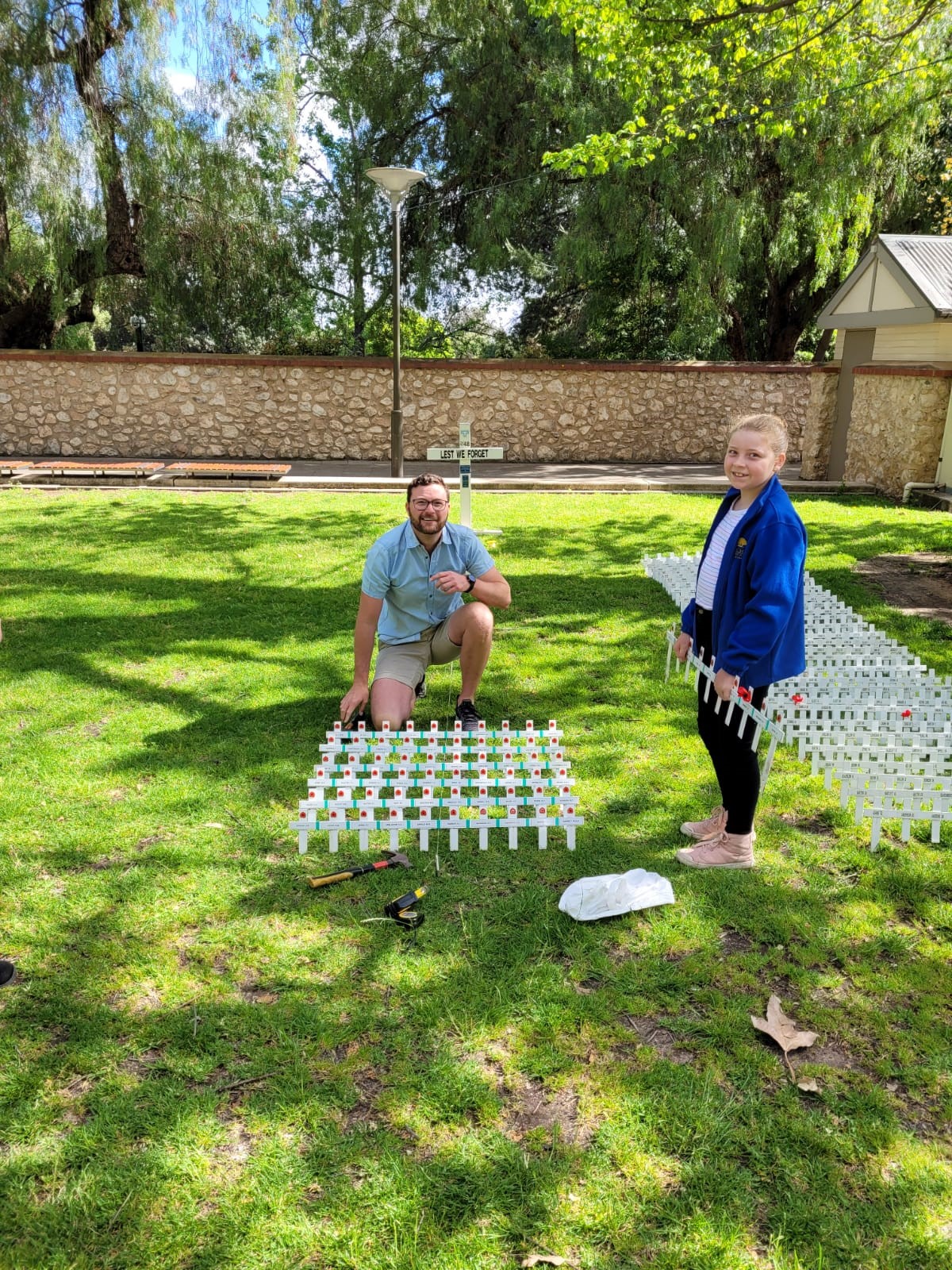 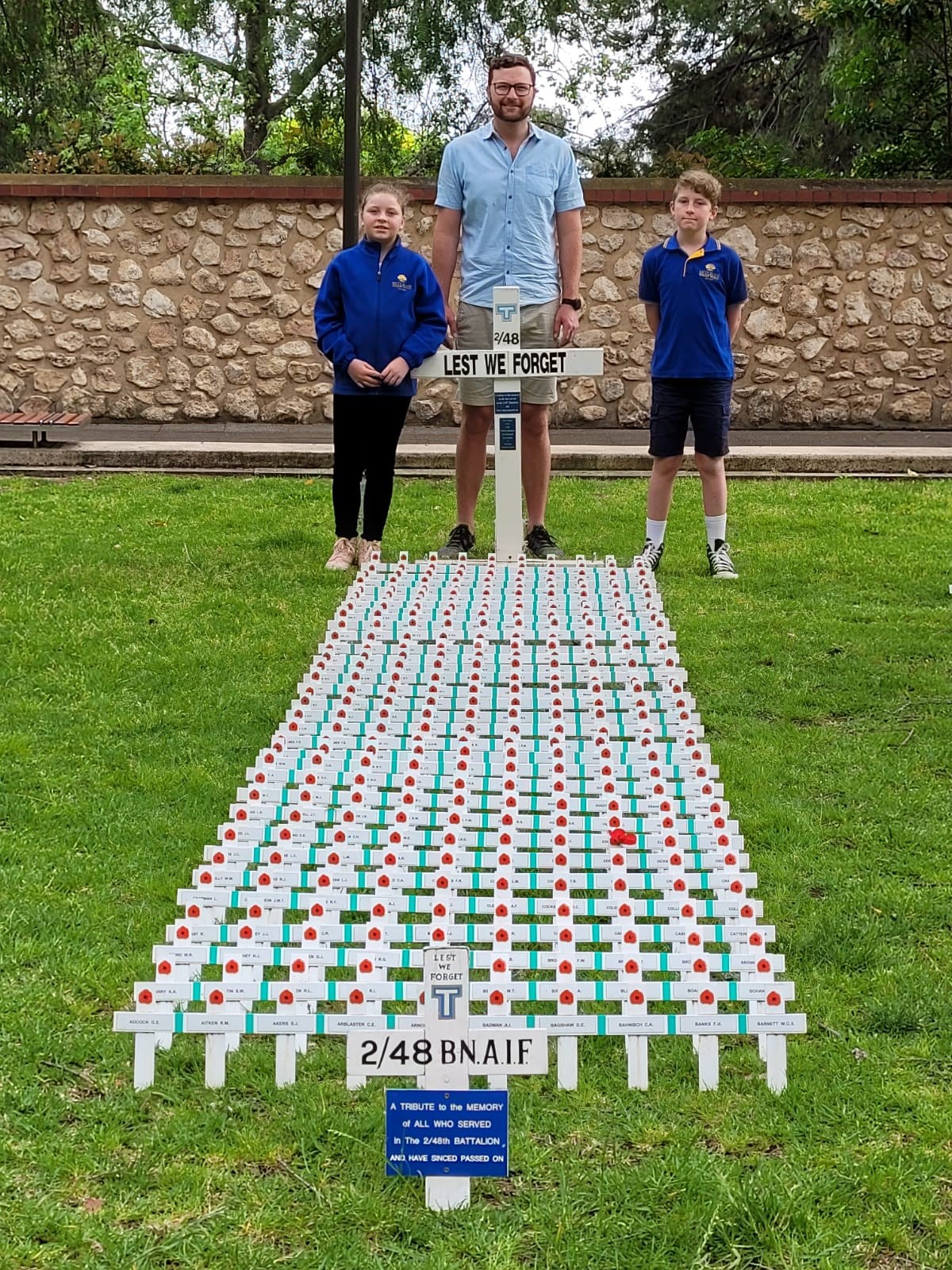 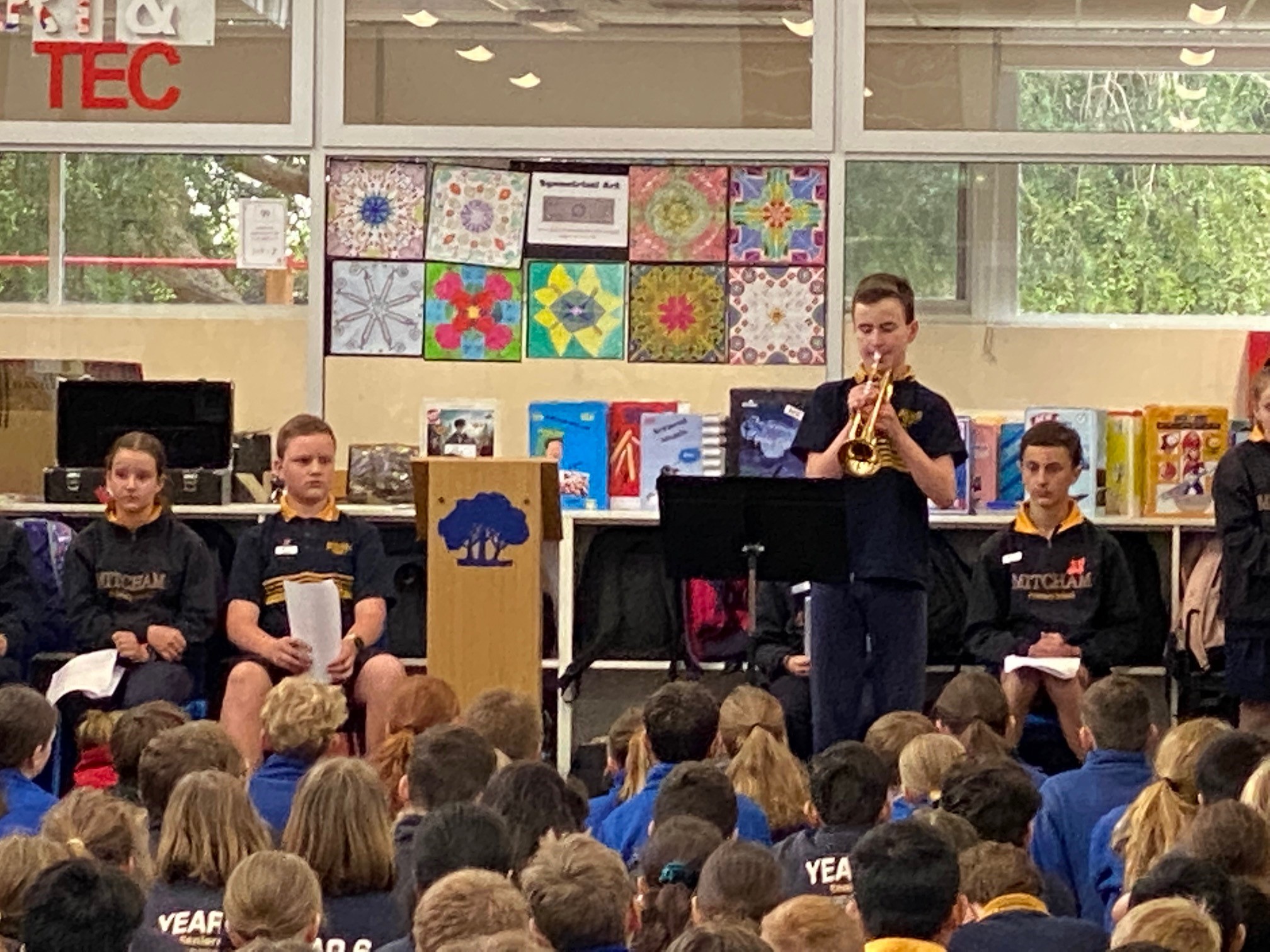 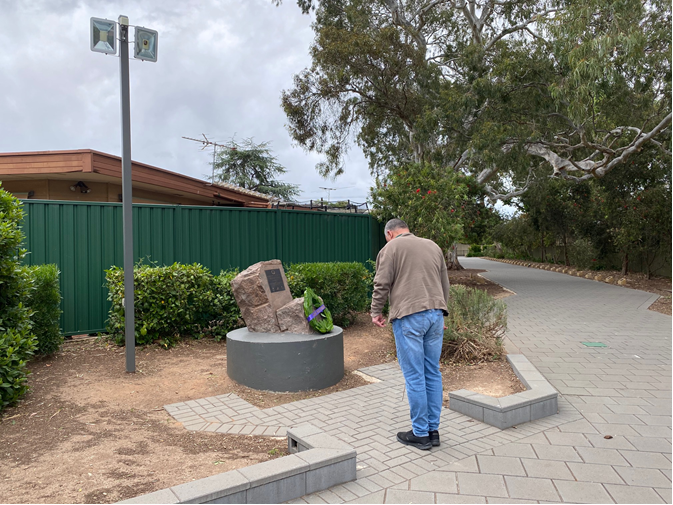